What Is Upper Abdominal Pain? 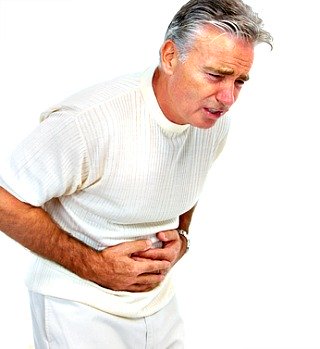 The upper abdomen is a wide area which spans both flanks or loins on the sides to the center of the body below the breast bone down to the level of the umbilicus. It is a very common site for pain in the abdomen. Indigestion, trapped wind, gastritis, reflux esophageal disease (GORD), hiatus hernia, gallbladder diseases, stomach ulcer, pancreatitis and   kidney stones are common causes of pain in this part of the abdomen.

Causes of pain in the upper part of the abdomen include:

We will now take a closer look at the more common causes of pains in the upper abdominal area.

Any injury or disease affecting any of the above organs or structure could cause pain in the upper right abdomen. Common conditions that cause right upper abdominal pain include:

Typically, the pain from biliary colic:

Is that you? If so, you may have biliary colic. This condition though very painful, is not life-threatening. With good pain control, it settles within a few hours to 3 days. It is important that you seek medical attention to exclude other conditions that mimics biliary colic like kidney stones  or a heart attack.

In the long term, if stones are present in your gallbladder, it may require surgery to remove them. Read more on biliary colic here. 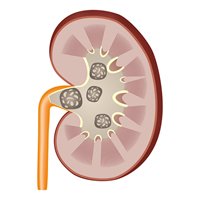 The kidney helps with the filtering of waste products from the blood in the form of urine. Sometimes, salts in the body accumulate to form stones. Small stones in the kidney less than 5mm can be passed down the ureter (the tube that connects the kidney to the bladder). In most cases such small stones get passed without notice or pain.

However, larger stones of about 5mm up to 7mm are more difficult to pass. They tend to get stuck in the ureter and in a bid to get rid of the stone, the ureter goes into a very strong contraction causing severe pain lasting a few minutes, then it relaxes and goes into contraction again. If the ureter is able to expel the stone, the pain eases, otherwise this process continues until the ureter either gives up, continually giving you pain and with the obstruction remaining. Infection could set in and the back flow of urine due to the obstruction will cause part of the kidney to distend in what is referred to as hydro-nephrosis.

Upper abdominal pain due to kidney stone tends to:

If you suspect that this might be the cause of your right or left upper abdominal pain it is important to seek medical attention immediately to exclude an obstruction or infection of the kidney and ureter. This is because both of these infections have serious consequences including loss of kidney function, overwhelming infection and death.

Pneumonia is the inflammation or infection of the lung. Quite uncommonly, an infection affecting the lower part of the right lung could cause pain in the right upper abdomen.

Such pain will be a dull continuous ache which is worse on coughing. It will make the sufferer have shortness of breath, a cough with production of greenish or yellow phlegm or sputum and a high temperature. They will usually look quite unwell.

If you suspect that a lung infection may be the cause of your right upper abdominal pain, see your doctor urgently. It could be serious. This condition tends to be more common in children than in adults.

Other causes of right upper stomach pain here  include:

The following organs that could be affected by central abdominal pain include:

The more common causes of central upper abdominal pain include:

The pain is typically:

Many other conditions that mimic gastritis include:

The difference with gastritis is that it is often something that starts newly and once the offending cause is removed the pain settles within a few days.

Treatment may also include the use of medications like omeprazole, or lanzoprazole, anti-acids like gavsicon and pain killers.

Indigestion or dyspepsia is an umbrella word for a group of gut conditions that causes upper abdominal pain after eating. Other associated symptoms alongside pain with indigestion include:

Most causes of indigestion or pains in the upper abdomen after food are not very serious. The pains often include:

The serious and indeed worrying causes of central upper abdominal pain associated with eating are: 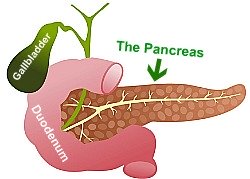 Lying deep under our stomach is a comma shaped organ called the pancreas. It helps in producing a number of chemicals (enzymes) that help the digestion of carbohydrates, proteins and fat. It is also where the important hormone, insulin, is produced.

If for any reason it gets inflamed, it causes a condition called pancreatitis (excessive alcohol consumption and gallstones are the most common causes of pancreatitis ).

Pancreatitis is a serious condition that needs medical assessment and treatment. It will usually involve admission into hospital, use of intravenous fluids, very strong pain killers and antibiotics if required. Rarely, surgery may be needed.

Other causes of central upper abdominal pain are discussed here

Pain in the left upper abdomen is not as common as pain in other parts of the abdomen.

The major organ found in this part of the abdomen is the spleen which is rarely a source of the problem, except if involved in some uncommon infection, blood disorders like ITP, reduced blood flow or gets trapped and ruptures during trauma.

Other organs found on the left upper abdomen include:

This is inflammation of the lower ribs, at the point where the cartilage joins the bone. It often follows episodes of colds and cough or after a surgical operation. Typically, the sufferer experiences moderate to severe upper abdominal pain around the ribs, worse on breathing in, coughing or on application of direct pressure to the region.

Read more on costochondritis and other mimickers of this condition here .

If you have a left upper tummy pain following a few days of not opening your bowels, constipation may be the cause.

With the pain often comes:

Trial of laxatives like movicol, senna or ducolax may help.

Trapped wind is a very common cause of pain in the left upper abdomen. It often causes a nagging pain with associated bloating and loud "stomach noises", called borborygmi. Trapped wind could cause very severe stomach pain and tends to follow consumption of certain kinds of foods, eating in a hurry, or as a complication of constipation, food intolerance and some other conditions.

You can read more on trapped wind here.

Other causes of left upper stomach pain include:

Are you or a loved one suffering with pain on the upper region of the abdomen? Or do you have a past experience with pain in this part of your body? If so, why not share your experiences with our online community?

Please feel free to leave comments if you read postings by others and you want to make a contribution.

All contributions are read by our abdominal pain experts and we shall respond to some queries directly on this page.

Pain under left breast/ribs and centre of spine and worse when lying down. Suffer from acid reflux I had my gall bladder removed last year and …

Looking for an Answer to my PAIN

Hi, I starting getting a pain (sort of a burning pain) in my right abdomen..toward the lower part of my ribcage. There are spasms of burning pain on …

Please dont leave me this way.

Hi there I am a 38 year old lady who developed campylobacter over a year and 8 months ago. I have never been right since that nite. I have been diagnosed …

Sick and tired of being in constant pain daily

I have a 19 year old daughter that has had severe daily stomach and leg pain for the last two and a half years. Her pain is in her upper abdomen …

Upper abdominal discomfort under sternum and radiating to back between scapula. Not rated yet
I am 78 year old adult male in excellent health. Medical conditions include hypercholesterolaemia and diverticulitis with both under control. …

upper stomach pains that comes more often since taking the diabetes medicine januvia Not rated yet
My name is Al and I'm 64 years old. I have had diabetes for 10 years. I also have a problem breathing at night, which is occurring more often recently. …

very time I eat my upper abdomen starts to have a dull ache Not rated yet
I have lost a lot of weight after having my daughter two years ago, and since then when I eat a big meal my stomach aches. However over the past week every …

pain in upper abdomen Not rated yet
I am 65 years old. I am a smoker (fairly light). I do not drink. I have had a pain in the upper abdomen (left side) for about a week. It is not hugely …

upper abdominal pains Not rated yet
I am 60 years old. I had a STEMI july 19th 2012 in right coronary artery. Treated with angioplasty but no stent. I am allergic to aspirin 75mg, clopidogrel …

upper right abdominal pains Not rated yet
I have upper right side pain that is relieved by lying down. The dull pain appears to be located right where my liver would be (and probably where other …

upper left stomach pain Not rated yet
I am a 20yr old young mother with one child, just got off a 3yr implanon and have been off it for 7months now. I've been having mild pain in my upper left …

upper stomach pain Not rated yet
Yesterday I started having vague left sided upper abdominal and pain that wasbearable but constant uncomfortable. Pain lasted 5 hours. Went to sleep and …

Pain during the night in right pelvis Not rated yet
History of Endometriosis and Adhesions, removal of fallopian tubes in previous years. 52 year old female menopausal. Recent diagnosis of Diverculitis …

upper abdomnal pain Not rated yet
hi i have had what i have believed to be trapped wind the pain comes on in waves like labour,sometimes it gets so intense i feel sick it goes up to my …

breast  Not rated yet
acctualy i have feed a baby when i was in 9th class. jst to feel the feelings...now i have an unequal breast size right side breast is large than left …

Causes of pain in upper abdomen traveling from left of abdomen to right abdomen and vise versa.  Not rated yet
I'm a Diabetic 67 yrs. old female. Was diagnosed with Colon Cancer in 2010. Had surgery to remove tumor. Also had chemo therapy all in the last year from …

Causes of pain in upper abdomen traveling from left of abdomen to right abdomen and vise versa.  Not rated yet
I'm a Diabetic 67 yrs. old female. Was diagnosed with Colon Cancer in 2010. Had surgery to remove tumor. Also had chemo therapy all in the last year from …

hurting Not rated yet
i have had upper mid and upper right abdominal pain for the past three days. ultrasound of abdo reveal nothing. i have normal bowel movements. i have tried …

Upper left abdominal pain Not rated yet
I have experienced this pain thrice already. The pain was extending up to my back (left side only). The first pain was after I got angry. The second was …

High left Abdominal Pain Not rated yet
I'm a 25 year old male. I'm currently having severe upper left abdominal pain for 5 months. I've had my gull bladder out in 1-2011 which a test showed …