Causes, Diagnosis And Treatment Of IBS

Irritable bowel syndrome or ibs, is a condition that causes abdominal pain or discomfort, bloating, constipation or diarrhoea and often relieved by opening your bowel. See the top symptoms of ibs, causes, how it is diagnosed and best treatment options available for this condition here. 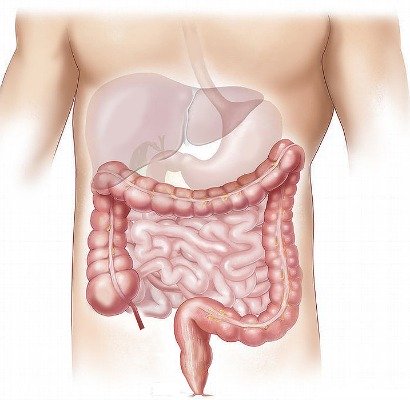 Irritable bowel syndrome or ibs is caused by abnormal contraction of the muscle in the large intestine due to irritation from disruption in the balance of normal gut sensitivity.

Christa is a 27-year-old student nurse who also works in a care home for the elderly.

She has been seeing different doctors for the last seven months with complaints of intermittent cramping abdominal pain and bloating.

She "kept going to the toilet frequently than I used to; some days, up to 6 times. I do not always open my bowel, even though I feel I should. When I do, I only pass tiny hard stool or on some occasions, watery diarrhoea. This cramping abdominal pain is ruining my life. I cannot concentrate at work. I feel bloated most of the time. I am not confident to go out with my friends".

Her pain seems to worsen after eating and relieved by passing wind or opening her bowel.  She reports no significant unintended weight loss or change in appetite or any other symptoms.

After undergoing a few test "just to be sure we are not missing out any other causes" her new family physician diagnosed her as having ibs.

She was given some medications as well as dietary advice to help with her symptoms. "For the first time in months, I can now take control of my life again", Christa reports.

Have you been told that you suffer with irritable bowel syndrome?

Millions of people worldwide are well too familiar with the pain and distress that this condition brings upon them.

What Is Irritable Bowel Syndrome?

Irritable bowel syndrome, known as IBS for short, is a disorder of the gut’s function, causing a number of symptoms like bouts of cramping abdominal pain or discomfort, bloating, diarrhoea or passage of little hard stools (like pellets), which could also alternate with diarrhoea.

It is believed that ibs is caused by abnormal contractions of the muscles of the large intestine due to a disruption in the normal sensitivity of the gut's nervous system.

The exact cause of ibs is unknown. 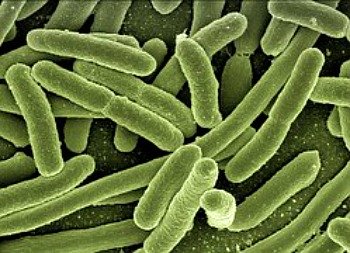 Bacteria overgrowth has been implicated as a possible contributing factor to ibs.

It is increasingly believed that the cause of irritable bowel syndrome might be related to a disruption of the normal balance of good and bad bacteria in the gut.

This leads to bad bacteria overgrowth and production of chemicals that causes irritation to the gut, and thereby disrupting the normal sensitivity of the gut to stress, certain foods and gas.

The exact way this change in the balance of bad gut bacteria and irritation causes IBS is still not fully understood. Nevertheless, there is evidence that many people tend to develop ibs symptoms after:

It is also believed that ibs may be related to a dysfunctional communication between the gut and the bowel, leading to an overly sensitive gut wall muscle and nerves.

It has been observed that ibs seems to be associated with anxiety disorder.

What Are the Symptoms of IBS?

The symptoms of irritable bowel syndrome include:

Other symptoms of irritable bowel syndrome could include two or more of any of the above symptoms as well as:

These symptoms should have been going on for six months or more and certainly present in the last three months.

In 1992, doctors met in Rome and drew up a tool referred to as the Rome III criteria that helps put together the mix of symptoms to look out for to be able to say to a large extent that someone has ibs.

The Rome Criteria dictates that for you to be diagnosed with ibs, you should have suffered for least three days a month in the past three months, two or more of the following symptoms:

As you can see from the above, the symptoms of ibs are not specific to this condition alone. It is the combined presence of two or more of the Rome III Criteria as well as any of the other symptoms listed above for about three to six months in a patient that is termed the syndrome (syndrome means a collection of symptoms) of an irritable bowel or ibs.

Irritable bowel syndrome should not cause any of the following symptoms:

If you have been told that you suffer with ibs and you have any of these symptoms, you should see a doctor for some further investigation to exclude more serious causes of symptoms. One or more of these symptoms occurring with any pain or discomfort in the abdomen are referred to as alarm symptoms.

She has complained of cramping central and lower abdominal pain on and off for over two years.

In the last three months, her pain has worsened to the extent that she is unable to do anything without taking pain killers. She was told that her symptoms are due to irritable bowel syndrome and was given on Nortriptylline and Bentylol.

These medications seemed to help initially but in the last few months their benefit is questionable.

One day, she went to her doctor again with a new complaint of passing blood in her stool.

Julia was re-examined and then sent to have an urgent colonoscopy.

The result came back and revealed wide-spread inflammation of the wall of Julia’s large bowel, with some ulcerations, a condition known as ulcerative colitis.

She was subsequently referred to a gastroenterologist who specialises in ulcerative colitis and placed on treatment.

Julia now lives her life free of the abdominal pain that she has endured everyday for the last two to three years.

It is dangerous to make a diagnosis of irritable bowel syndrome in anyone without first excluding other potentially serious causes of symptoms of ibs.

A detailed analysis of the symptoms complained of, coupled with a physical examination is the minimum that is required to exclude such conditions. In some cases, other tests may be required.

Common conditions that can mimic irritable bowel syndrome include:

There is no single test or group of tests that can be done to confirm irritable bowel syndrome.

IBS is mainly a diagnosis done, based on the history of symptoms and physical examination. Many times, though, as a precaution, some basic tests would be required to exclude conditions that mimic ibs.

To diagnose someone with irritable bowel syndrome, the patient should have:

Extensive testing, colonoscopy (except in the diarrhoea predominant type or if some other diagnosis is suspected) and other invasive testis are not required to make a diagnosis of irritable bowel syndrome.

There are four types of ibs based on the predominant symptoms and severity. They are:

Once a diagnosis of ibs is made, treatment should be tailored along a multi-prong approach. This should include:

The following medications have been found to be helpful for irritable bowel syndrome:

Other Forms of Interventions

For insuranec purposes, the ICD 9 or ICD 10 codes for ibs is often requested. They are: