A barium enema is a type of test done by introducing a dye called barium into the large intestine or colon through the rectum and then an X-ray picture is taken of the lower digestive system to reveal any abnormality which would be enhanced by the dye. See why it is done, how it is done, what to expect and preparations you must make before going for the test. 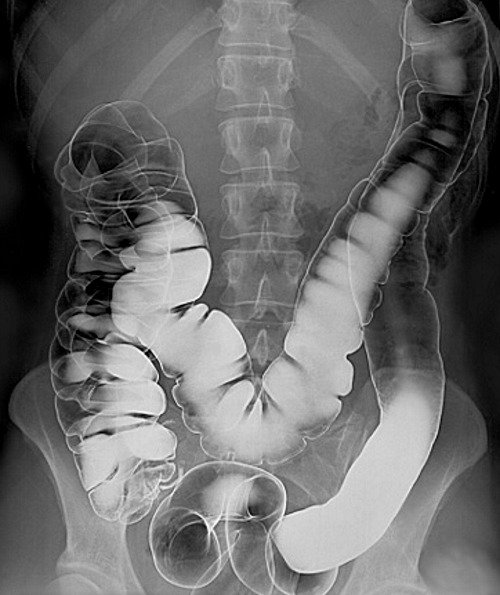 Barium enema film. The white dye filling the outline of the large intestine is the barium.

A barium enema is usually done to take a look at an impression or filling defect that any abnormality in our large intestine may leave when filled up with barium.

The large intestine or colon is:

Why A Barium Enema? 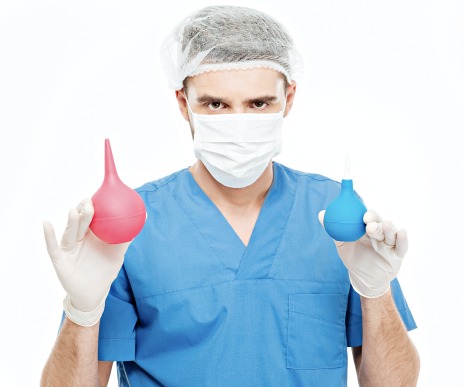 Barium enema is still a very useful test for some conditions today, despite the availability of CT scan and other tests. Since it comes with the advantage of requiring lesser exposure to radiation compared to doing a CT scan and being less invasive too, compared to a colonoscopy it is still very much commonly ordered by doctors across the world.

It is also less expensive than most other test.

How A Barium Enema Is Done - What To Expect

A barium enema uses a contrast material with barium in it, and the barium blocks the X-rays, which make the image clearer.

The single contrast barium enema is often done either for a specific medical purpose or because some people may be too old or too ill to be comfortable during the longer process of the double contrast study.

When you arrive for your test:

A single contrast barium enema may take 30 to 45 minutes, and the double contrast type of scan may take as long as an hour, but the barium will only be inside for ten to fifteen minutes of that time.

When the barium enema examination is over, the enema tube is removed, and you can use a bedpan or toilet to expel the barium. A few additional X-rays may be taken without the barium at this point.

How Do I Prepare for a Barium Enema?

Before you have a barium enema, you must answer some very important questions for your doctor. These include telling your doctor about any of the following:

Cleansing the bowel for a barium enema.

When you have a barium enema, you have to prepare by completely cleaning out your large intestine, because any stool will make the test less accurate.

You may have to repeat this twice until the water that you pass is clear of particles. Your doctor may give you a suppository instead, or a Fleet enema.

What Happens After My Test?

After your barium enema test, your doctor will remind you to drink a lot of water to replace all of the fluid you lost when you were cleaning your intestines.

The doctor who ordered the test for you may not be the radiologist or the gastroenterologist who does the test, so your doctor will get the results and will let you know as soon as he has the results in hand.