The Process Of Digestion In Humans Explained

The process of digestion in humans follows an amazingly well organized  sequence. The various parts and organs found along the digestive tract play different but important roles. Any disruption in this normal process can cause abdominal pain.  See a step by step account of how this marvelous process works to keep us healthy. 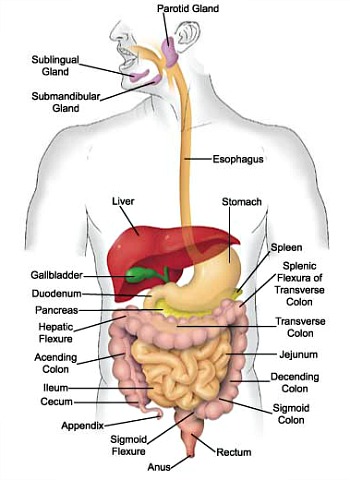 When we put that favorite meal of ours into our mouth, it would not be useful to the body without the food getting digested and absorbed.

Digestion is the process where the complex chemical make up in the food we eat is broken down into simpler components that our body can absorb and use to maintain health and proper functions.

Any significant disruption in this process will manifest as a cause of abdominal pain and often cause many other symptoms too like nausea, vomiting, bloating, diarrhea or constipation.

Most food types we eat contain carbohydrates, proteins or lipids in varying proportions.  Indigestible components of plants called fibres may also be present in our diet.

To help us understand the human digestive process more clearly, let us take a look at the different organs involved in this process, including fluids, enzymes, emulsifiers and lubricants that are released and involved in digestion. We shall then put together and follow the sequence in which they act and bring about digestion.

Organs Involved In The Process Of Digestion In Humans 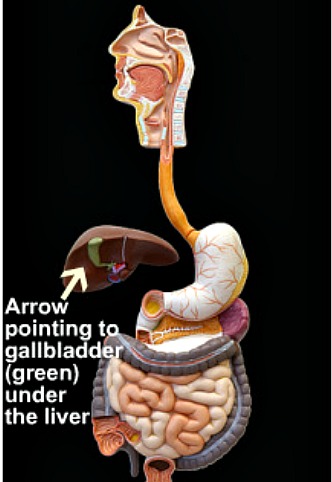 Digestion in humans is achieved by the mechanical breakdown of large food components so that the chemical process of digestion can proceed efficiently and effectively.

There is no clear separation in real time between the physical and chemical process of digestion. These two processes are brought about by the organs involved in food digestion.

Do you know that the process of digestion begins in the mouth? Yes. Not in the stomach or bowels.

Let's see each of the organs that bring about digestion and exactly what each of these organs does.

Chemicals Involved In Digestion In Humans

The following are the main enzymes and chemicals known to be involved in the digestive process in humans. They include:

The Complete Process of Food Digestion In Humans

The full process of digestion of food in humans involves a step by step sequence which we will explain here. For clarity, we shall use an example of ingestion of a meal of fried chicken and roasted potato. You could chose a meal of white rice and chicken or any favorite meal of yours.

The following are the steps that are involved in the process of digestion of such a meal:

That is the step by step account of the process of digestion in humans.

The Process Of Digestion Of Food In Humans: Have Your Say!

Have a query or comment about the process of food digestion in humans? Share it here. We would love to hear from you!

Return To Home Page From The Process of Digestion Page