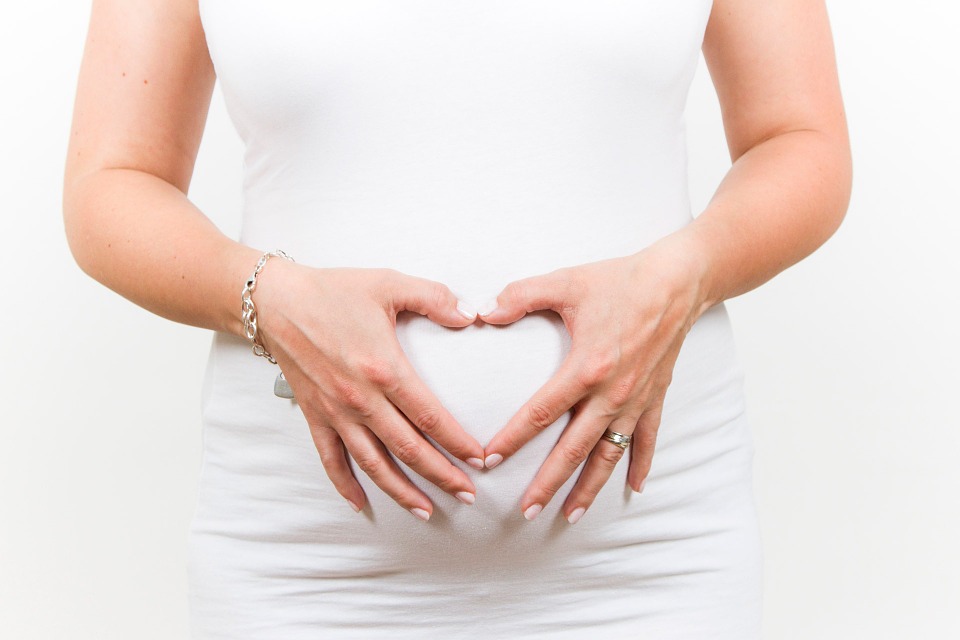 Appendicitis is a condition whereby the appendix becomes blocked due to stool, a foreign object, or cancerous tissue. As a result of this blockage, the body goes through a host of physical reactions including lower right abdominal pain, nausea, vomiting, elevated white blood cell count, and feeling unwell.

Appendicitis is a serious disease that usually requires surgical intervention to remove the diseased appendix. Until this happens, physical symptoms will worsen and pain will escalate until the sufferer seeks medical attention.

When acute appendicitis occurs during pregnancy, its symptoms can be masked by the natural changes a woman goes through. Less than .5% of pregnancies have any incidence of suspected or acute appendicitis. As such, when symptoms of appendicitis present – like the ones listed above - they are assumed to be the typical signs of a normal pregnancy.

Symptoms of Appendicitis In Pregnancy

The symptoms of appendicitis in the first trimester of pregnancy are the same for pregnant women as they are for women who are not pregnant:

The above symptoms will usually manifest quickly, within a period of 3 to 7 days. If nothing is done, symptoms will worsen and the risk of complications multiplies exponentially as time passes.

While most of the symptoms of appendicitis in the second and third trimesters of pregnancy are the same as the first, the rising uterus can shift abdominal pain from the lower right side of the abdomen to the middle or upper right abdomen.

How Is Appendicitis Diagnosed During Pregnancy?

This is usually the preferred imaging option in pregnancy because it is easily available and quick to perform with zero radiation. If the findings are supportive of appendicitis, there would be no need for further imaging.

Magnetic Resonance Imaging is rapidly gaining ground as the preferred imaging where there is still uncertainty as to diagnosis of abdominal pain in a woman. Unlike a CT scan, an MRI produces no radiation and is thus safe in pregnancy.

Treatment of Appendicitis In The Pregnant Woman: To Operate or Not?

The treatment of choice in any case of acute appendicitis (and certainly during pregnancy) is to proceed to remove the diseased appendix surgically.

The current belief is that it is better for a normal appendix to be removed during an operation for suspected appendicitis in pregnancy than to allow complications to arise from leaving a diseased appendix intact.

Because of the inherent risk in allowing an expectant mother to continue her pregnancy carrying a painful and diseased appendix, it is considered acceptable, that more than one in three (up to 35%) expectant mothers who undergo surgical operation for appendicitis may actually turn out to have a normal appendix. This figure may seem high when compared to what is acceptable in the normal population (15% in the non-pregnant population), the gravity of the consequences of delaying surgery for pregnant women makes surgery preferable.

The most popular study done in this regard was by Horowitz, Gomez, Burkett, and Santiesteban.  Their study of 12 pregnant women  diagnosed with appendicitis found that for the 7 women for whom surgery was delayed, 6 of them had their appendix rupture within 24 hours, leading to the death of two of the babies, the death of one of the mothers, and one premature delivery.

In a similar study conducted by S. Mahmoodian in 1992, one quarter of the 713 women diagnosed with appendicitis during pregnancy suffered a rupture. Five of the mother died as a result of the ruptured appendix.

Mahmoodian demonstrated that with surgery expectant mothers with ruptures faced a 20% chance of death compared to pregnant women without ruptures. This proves that prompt surgical operation in women suspected to have appendicitis during pregnancy is key to saving both mother and baby.

With dramatic improvements in medical technology over the last 10 years, surgical operations are much safer in both groups, especially with laparoscopic or keyhole surgery. Where pregnancy is still at the early stage, some have given progesterone or isoxuprine to protect and preserve the pregnancy.

Once confirmed, having an operation to remove the diseased appendix is a wise thing to do if that is what your doctor also advises.

Published on the 21st of June 2005 by Abdopain.com Editorial Team under causes of lower right sided abdominal pain.
Article was last reviewed on 12th October 2015.