Abdominal aortic aneurysm, AAA, is a condition where there is a localized ballooning of a segment of the big blood vessel in the abdomen called the aorta. If this occurs with the width increasing to a certain size, it could burst, leading to severe internal bleeding. This can be very serious. See how to find out who could have this disease and the various treatment options here.

Albert Einstein was a theoretical physicist and a genius by most people’s standards. A Nobel Prize winner and recipient of the Franklin Institute Medal, Einstein remains a cultural icon who personified 20th century innovation. On April 18, 1955, Albert Einstein died of an abdominal aortic aneurysm, a condition wherein localized ballooning of a segment of the aorta ruptures and causes internal bleeding.

What is an Abdominal Aortic Aneurysm?

An abdominal aortic aneurysm is the enlargement, swelling, or widening of the aorta, the main blood vessel that runs from the heart through the abdomen and into the legs. The aorta is the largest blood vessel in the body. It starts off from the left part of the heart, curves downward and backward to continue down into the chest (thorax).

In the chest, it is known as the thoracic aorta. A ballooning or aneurysm can occur here. If it does, it is called thoracic aortic aneurysm. The aorta continues its downward course, passes through a natural opening in the diaphragm at the level of the tenth thoracic vertebra (spine bone) and becomes the abdominal aorta.

The most common site of ballooning of the aorta is in the abdomen, just below the kidneys. The aorta gives off several major branches as it passes from the chest through the abdomen before it divides into iliac vessels and goes into the legs. Two such branches are the arteries to the right and left kidneys called the renal arteries.

An abdominal aortic aneurysm can be classified into a number of different categories based on:

Diameter Or Size Of The Aneurysm

Size is the most important way of classifying an abdominal aortic aneurysm. Treatment options for aneurism of the abdominal aorta are based mainly on the size. There are three types of AAA described using size classification. They include:

There are two forms of aneurysm of the abdominal aorta based on shape. They are

It is useful to know the shape of an abdominal aortic aneurysm because treatment with antifungal medications may be needed if it is thought to be important in the aetiology of the disease.

Number Of Layers Of The Aorta Affected

Depending on the number of the walls of the aorta involved, aortic aneurysms can be described as true or false aneurysm.

A false abdominal aortic aneurysm is one where not all three layers of the wall of the aorta are involved in the ballooning. This usually occurs due to penetrating injury or infection.

Aneurysm of the abdominal aorta could extend to involve one or both terminal branches (iliac arteries).

Cause of Abdominal Aortic Aneurysm

The exact cause of abdominal aortic aneurysm (AAA) is not known. However, the following factors are known to contribute to the formation of an abdominal aneurysm: 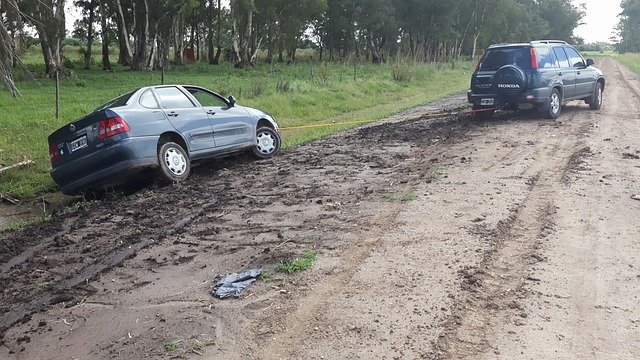 In the UK and US, abdominal aneurysm is believed to be present in 3 out of every 100 individuals after the age of 50. About 6 men are affected for every woman found with this disorder, and four times more common in whites than blacks. Occurrences of the disease is also more common after the age of 50, with a peak incidence around 70 years of age.

Other risk factors for abdominal aortic aneurysm include:

An abdominal aortic aneurysm often does not cause any symptoms at its onset. The rate of swelling or dilation of the aorta is typically gradual, increasing only a few millimeters per year, so it is possible for a patient’s condition to worsen over years without ever knowing. It is not until the dilation becomes large enough (3 to 5cm) that medical attention becomes necessary.

Aortic aneurysms are often found during routine examinations, scans, or X-rays for other medical conditions.

Common symptoms of an abdominal aortic aneurysm include:

The exact size or point at which an operation becomes absolutely necessary for an aneurysm of the aorta is not known with certainty. However, it is generally agreed that a surgical repair of an aneurysm should take place if the abdominal aortic aneurism is more than 4.0cm.

Results from screen programs suggest that at 5.5cm (which is more than double the size of a normal aorta), everyone with this condition should have the aneurysm repaired. If at 3.5cm though, there is lower abdominal pain, or any symptoms with the aneurysm, then repair is warranted.

A planned repair of an aneurysm provides the patient with the best chance of survival. The survival rate for a planned surgical repair of an intact aortic aneurysm is about 98%. This is in sharp contrast to an emergency repair, following a burst, where the chances of having a successful operation are 50% and less.

There are two main treatment options for repair of an abdominal aneurysm:

It is generally agreed that the endovascular repair is safer, and more appropriate for a planned surgery, especially if the aneurysm is below the kidney level, and it is not already ruptured.

Do you or a close relative suffer with AAA? How was this diagnosed, and what size is it at the moment? Did you suffer with any symptoms? How was it treated - surgery, watchful waiting or EVAR (minimally invasive surgery)? Any complications?

Share your story here and help spread the vital message to let others know that this condition is not as uncommon as many would think.

Diane's funny tummy Not rated yet
A stent put in left hand side of heart from abdomen - longest artery in November 2010. Not feeling well since then in upper stomach area. Feeling of "fullness" …

abdominal-ortic-aneurysm comments Not rated yet
I was involved in a motoring accident in December 2006, I noticed that night extensive back and yellow bruising below my ribs , just at the point where …


You can read more about aneurysm of the abdominal aorta and related topics on the following pages: