The appendix is a worm-like pouching at the junction where the small and large intestine meets, near the cecum. About the size and shape of your little finger, the appendix is 7 to 15cm long and 0.5 to 1.5cm wide. It is the smallest part of the bowel and its function is not completely known. 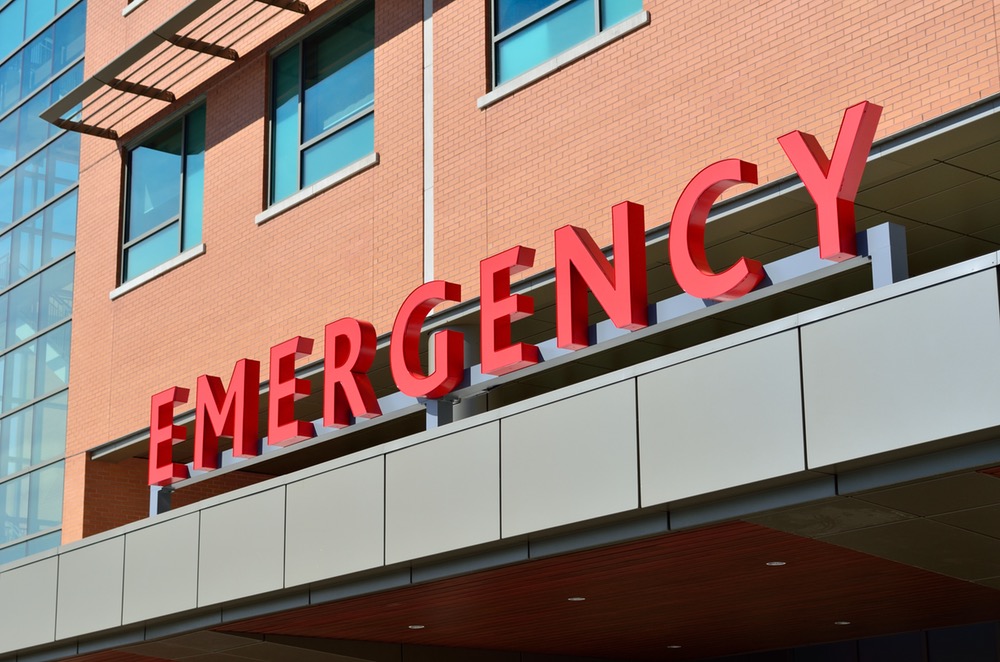 The appendix was once thought be a vestigial organ in humans, a remnant of evolution. It is rare to find an appendix in other animals; very few species have an appendix. Current evidence suggests the appendix is indeed a very important organ that helps in the immune functions of the bowel. It is believed to house and release "good bacteria" into the bowel to aid the normal balance and function of the gut.

Quick Guide: How To Tell If You Are Having Appendicitis

If these symptoms are worsening or persists for more than a day, it is best to seek medical advice as soon as possible.

Appendicitis (also called epityphilitis) is the infection or inflammation (severe irritation) of the appendix that happens when the appendix is blocked by a foreign object, stool, or cancer. It is the most common cause for emergency surgical admissions worldwide. About 70,000 operations are done in the UK yearly to remove a diseased appendix.

In the US, it is reported that 1 in every fifteen persons would come down with an inflamed appendix. The incidence of this disease is falling in the industrialized world, but sharply rising in developing countries.

Appendicitis is rare in children under the age of five. It is a condition that commonly affects those between the ages of 10 and 30 years, though it can occur at any age. It affects men more than women, but the appendix is more likely to rupture in elder adults. Women, on the other hand, are more likely to have an unnecessary operation for presumed appendicitis because of difficulties in differentiating this condition from other common causes of right lower abdominal pain in women.

The symptoms of appendicitis are easy to spot in most people. Appendicitis typically starts as dull cramping, or central abdominal pain around the umbilicus or navel. Sufferers will usually ignore this pain, thinking it’s a minor stomachache or other temporary ailment. The early stages of appendicitis can even feel like heartburn.

Within a day or two after the initial onset of pain and discomfort, patients report their pain will shift from the belly button or umbilicus down to the right lower abdomen, and become significantly more severe. Appendicitis is often accompanied by nausea, vomiting, loss of appetite, fatigue, feverishness, urinating frequently, diarrhoea (especially in children) or constipation (in adults), or dry tongue coated with a peculiar odour that doctors call fetor oris.

As appendicitis progresses the pain becomes more severe until the sufferer will find it difficult to stand upright lie flat, or to lie on their right side.

Acute appendicitis is a condition that is difficult to diagnose in babies under two years of age. At this age, the symptoms of appendicitis are unexplained crying, fever, diarrhoea and vomiting. A very high index of suspicion coupled with a careful physical examination is the best way finding out if your baby may be suffering with an inflamed appendix.

Appendicitis does not last for days and weeks. As the pain worsens, most people will immediately seek medical attention.

The exact cause of appendicitis is not known.

Appendicitis occurs when the lumen of the appendix becomes blocked for whatever reason and bugs (bacteria) then multiply inside the debris formed due to the blockade and infect the wall of the appendix.

Any blockage leads to a reduction in the blood supply to the part of the appendix below the level of the obstruction. Once the blood supply of any part of the body is reduced, bacteria tend to grow fast there, and colonize the dying tissue. This is understandable because the blood provides nutrients as well as regular supply of white blood cells which act to curtail infection.

So, what are the things that could cause blockage of the lumen of the appendix and cause appendicitis? They include:

Other causes of appendicitis that has been reported include:

Is appendicitis contagious? No Appendicitis is not spread by touching someone or coming in contact with an infection of any type. 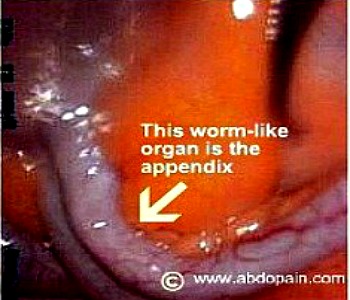 Picture of the human appendix

There is no test or laboratory investigation or imaging technique that can be used to confirm the presence of an inflammation of the appendix with certainty. Diagnosis of appendicitis is mainly based on a good history or story from the patient, a thorough physical examination of the patient, and use of supportive blood test and scans, if deemed necessary.

You can add up the presence or absence the symptoms and findings, and reach an Alvarado score as follows:

Conditions That Can Cause Symptoms Similar To Appendicitis

The following are conditions that could cause symptoms similar to appendicitis. These must be excluded to prevent unnecessary operation for a presumed inflammation of the appendix. They include:

Appendicitis is treated surgically, by removing the diseased appendix. This could be by the use of laparoscopy, also called keyhole surgery. This form of surgery is rapidly replacing open surgery for appendicitis. It is fast, safe and has fewer complications.

A less popular approach is to treat appendicitis using antibiotics such as metronidazole and augmentin, or cefuroxime intravenously for a few days.

Medical treatment of appendicitis should only be used if:

The operation done to treat the inflammation of the appendix is called appendicectomy or appendectomy (in the US).

You can read more about the treatment of appendicitis here.

For insurance and billing purposes, the ICD 9 code for appendicitis, depending on the details of what you hope to be coding for are:

Published on the 1st of June 2005 by Abdopain.com Editorial Team under causes of lower right sided abdominal pain.
Article was last reviewed on 24th April 2017.

minor could be serious?!

Hi-so its no biggie right now...yesterday morning at around 7am I woke up and was going to sleep in a few extra minutes but I felt a little pain on the …

Please help me this is extremely urgent

Okay so I woke up this morning about 6:00 am with a really sharp pain around my appendix... I never vomited, or had a fever today, anything. All I have …

pain in right lower quadrant with nausea and vomiting

pain in right lower quadrant with nausea and vomiting with movement. Area tender to touch. this has been ongoing since 4/18/11 . CT shows normal appendix. …

could this be appendicitis?

im 15. i had burger king on monday night, and woke up in the late night at about 3:30am with the most agonizing pain i've ever felt. i went pee and …

confused. Not rated yet
Hi... im enelia. i had a pain in my right lower abdomen, i felt it more about 3 consecutive days. Sometimes it is really painful when i moved but sometimes …