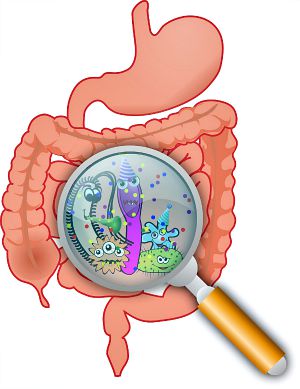 The Diagnosis of appendicitis could be very challenging even to the most experienced surgeon sometimes.

The diagnosis of acute appendicitis is mainly based on the story (history) given by the patient and the findings on physical examination.

In many situations, the signs and symptoms of this condition does not follow the usual pattern. Even if it does, it is often necessary to have some other supportive and reproducible ways of establishing the diagnosis.

This is why scoring systems, laboratory testings, scans and other other procedures have been devised to help in making sure that it is indeed a case of acute appendicitis that is being dealt with.

The "usual" symptoms of acute appendicitis are:

In children less than 2 years old and the elderly over 80 years of age, appendicitis could present in a less obvious manner. Other people at risk from difficulty with prompt diagnosis of this condition are pregnant women.

So, how can you tell you have appendicitis? The following are the tools used in the diagnosis of acute appendicitis.

There is no single blood test that can be done (at least for now), to make a diagnosis of appendicitis. Most patients suspected of having appendicitis would be asked to do a blood test. These tests are done to help support the presence of infection. Such infection is not specific for appendicitis. 50% of the times, the blood test may be normal. So it is not fool proof in helping to determine presence of an infection.

Two types of blood test commonly done to point to the presence of infection are:

Urine Test In The Diagnosis of Appendicitis?

Actually, urine testing is a normal component in the work up to the diagnosis of acute appendicitis. While in most cases a urine test in appendicitis would come back with a normal result, there are times when there would be blood in the urine with appendicitis.

Such blood in the urine results if the inflamed appendix is rubbing on the wall of the bladder, causing local inflammation of the bladder. Such patient may also witness an increased frequency in urinating. It does not necessarily mean that the patient is having a UTI.

It is also important to do a urine test when investigating the possibility of acute appendicitis so as to be able to exclude the presence of concurrent pregnancy or perhaps establish if an acute bladder or kidney infection is what might be causing the symptoms of appendicitis.

Scoring systems are not frequently used in clinical settings but could be a great tool for the curious reader, medical student or budding doctor to help determine the probability of the constellation of symptoms described by a patient as being due to acute appendicitis.

The following are the available scoring systems in the diagnosis of acute appendicitis.

The Alvarado scoring system in appendicitis, also called the MANTRELS scoring, makes use of clinical signs, symptoms and laboratory findings. Each of the alphabets represents a sign or symptom, and a score of 1 is award to each, where they exist, except T and S that are scored 2 each. The components are as follows:

M = Movement of pain to the right iliac fossa

S = Shift in white blood cell count to the right.

A total score of 10 is the maximum that can be accumulated.

A score of 8 – 10 is said to be highly predictive of appendicitis and is a call for immediate appendectomy or operation for the removal of the appendix.

Any one scoring 5 – 8 needs regular clinical re-evaluation and re-assessment with a view to confirming the diagnosis and operate.

A score of greater than 6 in children makes the possibility of appendicitis up to 100% likely.

The Paediatric Appendicitis Scoring abbreviated PAS Scoring in children is another predictive scoring system used in the diagnosis of appendicitis.

This scoring system is designed for use in children between the ages of 4 – 15 years. It is more or less a modified Alvarado or MANTRELS scoring. It uses 8 variables (laboratory findings as well as sighs and symptoms), to which a score is of 1 or 2 is given to each variable, where they exist. The maximum score that can be accumulated is 10.

The presence of Anorexia, Pyrexia, Nausea or Vomiting, Leucoystosis greater than 10,000, migration of pain, and high neutrophils are given a score of 1 each. Tenderness on coughing, hopping or percussing the abdomen is given a score of 2. So too is the presence of tenderness in the right lower abdominal region. A Paediatric Appendicitis Score of 6 and above is highly indicative of appendicitis in children.

Tzanakis and colleagues, in 2005 published a simplified system, now called the Tzanakis scoring system for appendicitis, to aid in the diagnosis of appendicitis.

It incorporates the presence 4 variables made up of specific signs and symptoms:

A total score of 15 is the maximum that can be scored. Where a patient scores 8 or more points, there is greater than 96 percent chance that appendicitis exists.

In some parts of the world, abdominal x-ray is still included in the work up towards the diagnosis of appendicitis.

This could be in the form of plain abdominal radiography or in association with the use of a barium meal.

Ultrasound scan is frequently requested in women of child bearing age and the pregnant woman, when ovarian cyst or inflamed tubes are suspected to be the probable cause of their symptoms.

The normal appendix is not frequently visible on ultrasound scan. If seen, it is most likely that the appendix is inflamed. What the ultrasound would be looking for include:

Graded Compression Ultrasound greatly improves the sensitivity of ultrasound scan in the diagnosis of appendicitis in all age groups and sex.

Studies have shown that females are more likely to be wrongly diagnosed as having acute appendicitis, compared to males. It is therefore increasingly important that where possible, a CT scan should be done to support the diagnosis of appendicitis in a woman, especially if there is some doubt about the diagnosis.

If an ovarian disease is suspected, ultrasound scan is advised instead.

CT scan called computed tomography scan in full, is a specialized form of x-ray. The patient is passed through a big doughnut-like machine and x-rays 400 times the normal is used to look at the body in slices of about 5 millimeter thickness.

It is used in a very wide selection of medical cases. It is not advised to be used in pregnancy, except where the benefit strongly out weighs the risk.

A dye may be given to help improve the visibility of tissues, by acting as a contrast.

Helical CT scan has greatly improved the diagnosis of appendicitis. It is rapidly becoming the only diagnostic tool with some certainty.

Types of CT done include:

Features on abdominal CT scan that points to the diagnosis of appendicitis are infect similar to those expected or seen on ultrasound, except that they would be in a higher resolution. They include:

This is a rather old fashioned test for appendicitis. It is in fact hardly used today for the diagnosis of appendicitis.

It involves the introduction of a fine catheter into the abdominal cavity below the level of the umbilicus or navel, and then the catheter is directed to the right iliac fossa and peritoneal fluid aspirated, and stained in the lab with Giemsa stain.

If over half of the cells in the aspirate are white blood cells (neutrophils), the test is said to be positive, and appendicitis is most likely.

The draw back of this test is in women where a positive test can also occur with a pelvic inflammatory disease.

Published on the 30th of June 2005 by Abdopain.com Editorial Team under causes of lower right sided abdominal pain.
Article was last reviewed on 12th October 2015.