Constipation During Pregnancy
Know What To Do

If you suffer with constipation during pregnancy, see the common causes, symptoms, how to make a diagnosis, remedies and treatment of constipation in pregnancy, as well as safe medicines to use and those medicines you must avoid for constipation when pregnant. You will also be able to share your experience with us if you chose to. 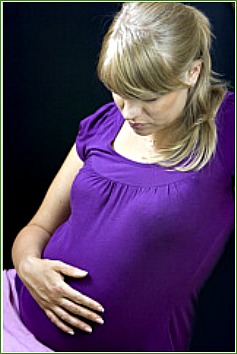 An increased tendency to develop constipation is one of those extra challenges that being pregnant bring.

It is estimated that up to 4 out of every 10 pregnant women will suffer with different degree of constipation at one time or the other during their pregnancy.

This increased possibility for constipation is primarily brought about by the effect of some of the hormones of pregnancy, notably, progesterone, on the bowel, leading to relaxation of the wall of the bowels and a slowing down in the time it takes food to go through the gut.

The good news is, if you suffer with constipation during pregnancy and at any stage of pregnancy, there are things you can do about it and get your bowel moving again, no matter how bad it is. But, how can you be sure you are having the symptoms of constipation in pregnancy?

Symptoms of Constipation During Pregnancy

Most people open their bowel as much as 3 times a day. For some others, they have bowel motions no more than 2 to 3 times in a week.

If you have any decrease in the frequency of opening your bowels that is different from what is normal for you, then the chances are that you are constipated. This may also include the passage of hard painful stools.

So, if you are pregnant and are...

You are experiencing constipation in pregnancy.

Other associated symptoms of constipation during pregnancy include:

Prolonged constipation in pregnancy can also lead to development of bladder of urine infection.

Constipation In Pregnancy: A Case Report

Kemi is 18 weeks pregnant. She has not been able to open her bowels for the past two weeks.

This has gradually developed over the last 6 weeks, with progressively reduced frequency of opening her bowels, and when she does, she always feels like she has not completely gone. The stools were increasingly hard and small.

She now feels bloated, uncomfortable, and with reduced appetite. She reports that she gets occasional twitchy abdominal pain on the right side of her abdomen. Each time she feels like going to the toilet, she ends up passing very smelly wind. She will sit on the toilet bowl without anything coming out. She has increased her intake of water, fruits and vegetables. Things remained the same.

She went in to see her doctor. After examination, she was given a prescription for some laxatives and on taking these she opened her bowel after the fourth dose. It was a big relief and only then did her appetite become normal.

She was advised by her doctor to increase her level of exercise in pregnancy to include walking and using exercise balls, and to increase her intake of dietary fibre and drink clear sugar free fluids.

She progressed through the pregnancy opening her bowels more frequently.

Causes of Constipation During Pregnancy

Wondering what might be causing your constipation in pregnancy? You may have nothing to do with the cause. Even though some research fails to link pregnancy as a specific cause of constipation, the following are known causes of constipation during pregnancy:

If you find your self to be constipated and you are on any medication, please check and read the leaflet that came with the medication and see if constipation is listed as one of the side effects. If it is, you may not necessarily have to stop the medication. Just see your doctor who may decide to reduce the dose, change the medication or prescribe a laxative to combat the constipation while you continue to take the medication due to its benefit.

This is also true, in the case of iron tablet or pregnancy multivitamin that has been implicated in constipation.

Anxiety, emotional upsets and worries of pregnancy can be grouped together as another cause of constipation during pregnancy.

Remedies And Treatment For Constipation In Pregnancy

It is often best to try natural remedies for constipation first before the use of medications.

The following have been found to be useful treatment of constipation during pregnancy:

Safe Medications For Constipation During Pregnancy

Most of these medications are available online from certified international pharmacies like Express Chemist.

Medications To Avoid For Constipation During pregnancy

While laxatives like movicol, lactulose, bisacodyl, senna, and the bulk forming laxatives that do not get absorbed in any significant amount from the bowels into the blood of the pregnant woman are safe to use in pregnancy for constipation, the following medicines are not recommended for use in pregnancy:

As a general rule, most laxatives should be used only for a short duration of time in pregnancy. If you need to use a laxative for more than three days in pregnancy, make sure you consult your doctor.

Do you have an experience on constipation in pregnancy or have a query you want our constipation expert to deal with? Share your thoughts here!

Return To Home Page From Constipation During Pregnancy Page